Cross Pollination of Bees and Art 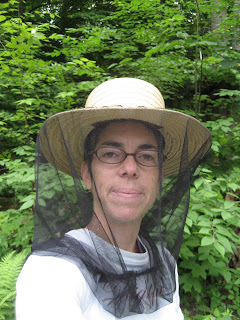 After five years of keeping bees and many more than that of making art, the two paths have intersected, leading me to compose a post that will appear on both my Bee Blog and my Art Blog.

This fall, some work of mine will be shown at Wave Hill (a beautiful botanical garden/gallery in the Bronx), in a show called "Hive Culture: Captivated by the Honeybee". The show will be up from September 13 through December 1, 2011 with an opening reception on October 2, from 1:00-4:00.
For more information, you can read the press release. Hours and directions can be found at Wave Hill's website.

Looking for a preview of the show? Can't make the show? Saw the show but can't remember what work was mine?
Here it is again.

Having watched the honey bees as they make their way through the seasons, I have come to believe that from the time they emerge from the hive on the first warm spring day, they are preparing for the arrival of winter. From the first crocuses to the last of the goldenrod, the bees are taking stock of what is going on around them and what is coming their way.
This video is an investigation of that awareness, both in the bees’ world and in ours.

Also included in the Wave Hill show are two pieces that I made that have to do with Bee Lining, an activity that involves luring honey bees to a sweet bait and then following them back to their hive.

Bee Lining Kit and its contents.
To read what the envelope says, click on image to see it larger. 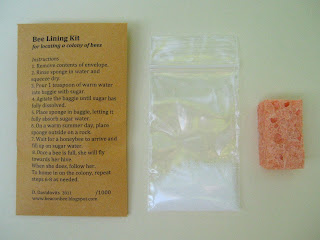 Looking to create a link between myself, the bees, and the viewer, I devised a portable bee lining kit. Below are some photos of the kit in action. A limited edition of 1,000 will be given away over the course of the show. Although the stated function of the kit is to locate feral colonies, I consider the piece fully realized if the receiver takes the time to read the directions and imagine him/herself going through the steps. As with a small first aid kit, a compass or a pocket flashlight, the bee lining kit is there when one needs it, and that knowledge is sufficient to offer one comfort. 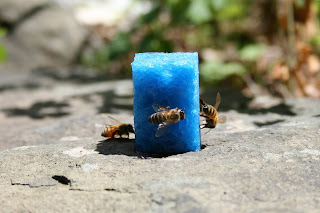 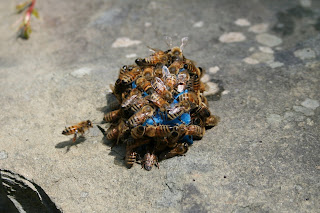 Bee Lining Box
In using this rather complicated box, light ports, hinged doors and a sliding gate are opened and closed as bees are trapped, moved from room to room, tanked up on bait, and finally released. 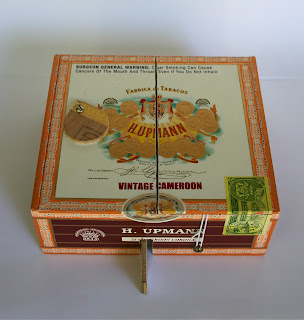 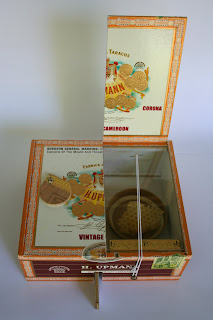 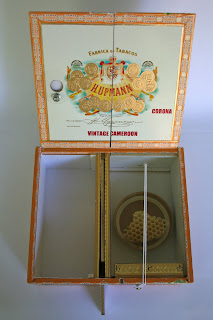 It has been a rough month for the bees. Unrelenting rains are keeping them in their hive and washing the pollen and nectar off of the flowers during what should be the fall flow. Rather than reaping the harvest of their labors, I am doing what I can to ensure that they have enough stores for the winter. Now, more than ever, I appreciate the fine line between bounty and dearth.
It is a good time to come out and celebrate this noble creature, the honeybee.
Posted by beaconbee at 9:16 PM